Cycling Canada  – Montichiari, August 27, 2017 – Maggie Coles-Lyster of Maple Ridge, BC, became the first Canadian rider to win a world title at the 2017 UCI Track Cycling World Championships on Saturday, in Montichiari, Italy, with her victory in the women’s Points Race.  It was Coles-Lyster’s second medal, after winning silver a day earlier in the Omnium event.

Coles-Lyster was one of six riders to gain a lap on the field in the 80 lap race, and also won intermediate sprints in four of eight sprints for a total of 41 points.  Marii Novolodskaya of Russia finished a distant second with 29 points, tied with Chiara Consonni of Italy. 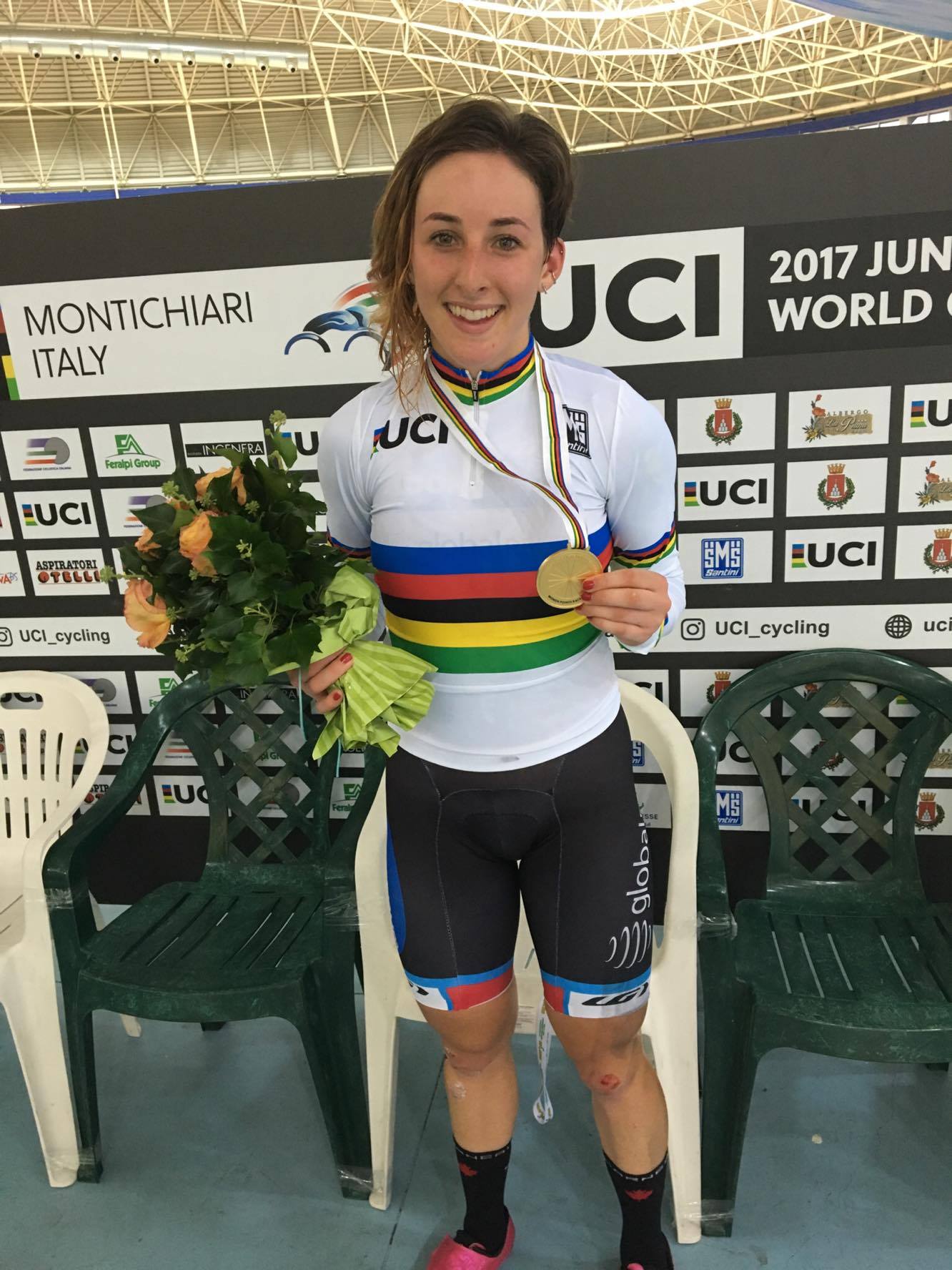 “It’s unreal,” admitted Coles-Lyster.  “I’ve been dreaming about this, I could see it in my mind and I knew I could do it today.  I was hoping it would happen in the Omnium, but after the silver medal, I knew I wouldn’t be happy leaving the Worlds without the Rainbow stripes.  I just went into it to have fun, because the more I do, the better I race.  So I was just trying to enjoy myself.”

In the other Canadian action on Saturday, Laurie Jussaume of Contrecoeur, QC finished sixth in the Individual Pursuit and Erin Attwell of Victoria, BC, was eighth.  Both beat the previous Canadian record, with Jussaume setting a new record of two minutes and 24.838 seconds.  Michael Foley of Milton, ON, competed in the Men’s Omnium, but did not advance past the qualifying round.