RBC and the COF will invest in identifying, developing and supporting Team Canada’s next generation of athletes. The RBC Training Ground program is an opportunity for enhanced funding and training support for CKC’s NextGen programs and athletes to reach the podium in 2020. This is also a recruitment opportunity for clubs to take in new athletes found through the search. 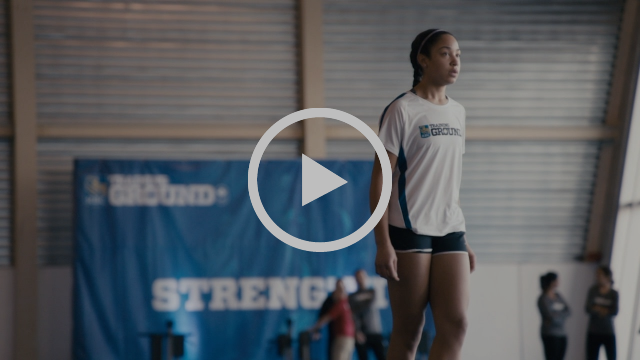 RBC Training Ground is a talent identification and athlete funding program designed to uncover athletes with Olympic potential and provide them with the high-performance sport resources they need to achieve their podium dreams.

The RBC Training Ground consists of a series of local qualifier events across Canada where athletes between the ages of 14 and 25 will be assessed against performance benchmarks over a series of key tests in power, speed, strength and endurance. Participants will be identified to attend regional finals where up to 100 athletes will perform in front of national and provincial sport representatives. Up to 50 of those athletes will receive additional assistance such as funding, resources, coaching and/or mentorship through the COF and RBC to be administered through the National Sport Organizations. In addition, the top athlete from each regional final will receive a trip to the 2018 Winter Olympic Games in PyeongChang, South Korea. Similar to familiarization trips taken by Canada’s top Olympians, this opportunity will help prepare and encourage the athletes when they, hopefully, make future Olympic Games.

CBC Sports will produce broadcast features to introduce Canadians to the athletes and their stories uncovered at RBC Training Ground events across the country. These features will follow the journey of the top athlete from each of the five main regional events as they train in their new sport and begin the transition from relative unknown to a potential member of Team Canada. Olympian and former national women’s soccer team member Karina LeBlanc will attend the five main regional events on behalf of CBC Sports and will appear within the network’s weekly TV program, Road To The Olympic Games, online at cbcsports.ca and via CBC Sports’ social media platforms with reports from each event.