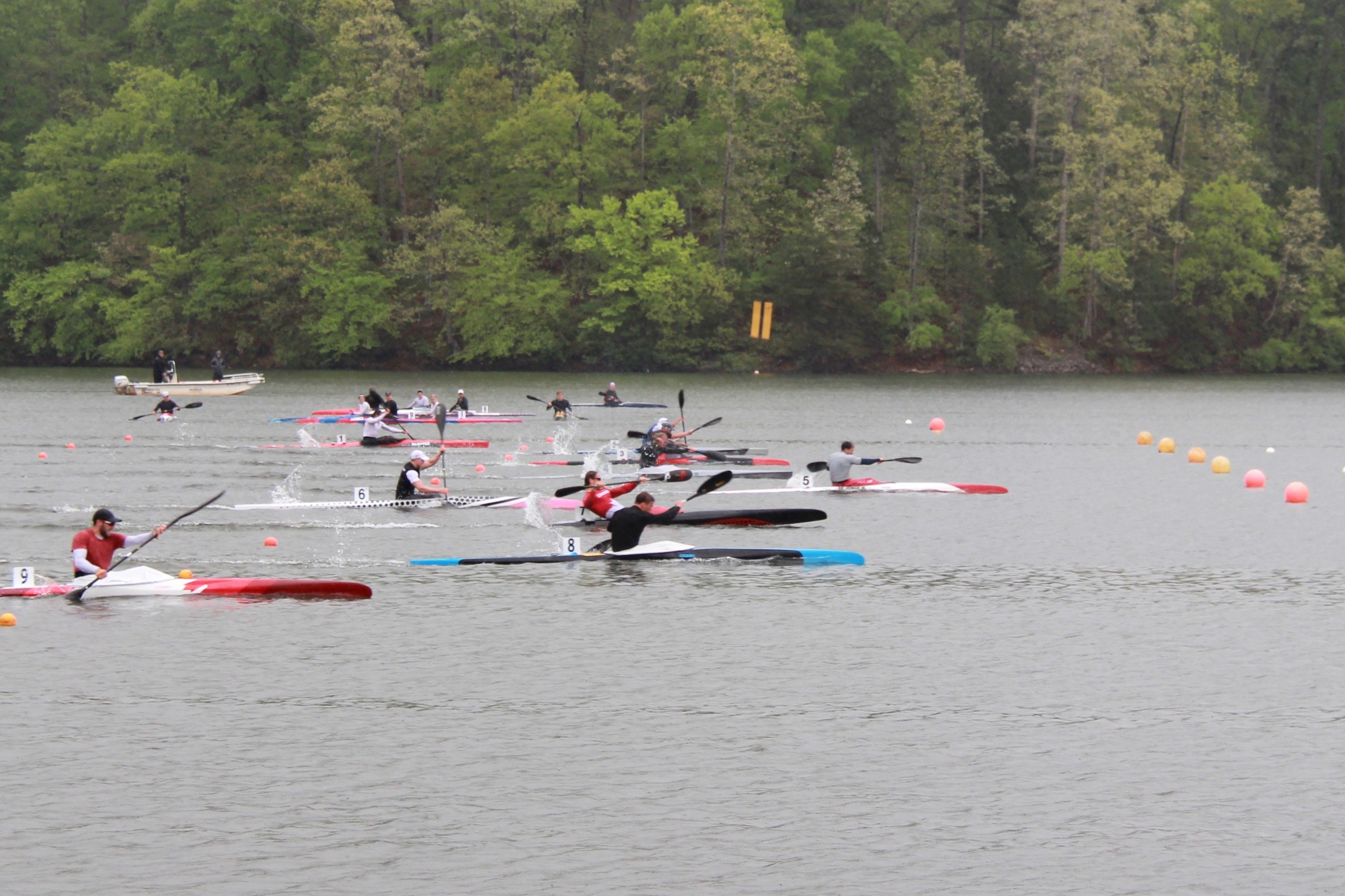 The men’s kayak offered an impressive last race Sunday fighting for gold in the K-1 200 meter event. The top 6 competitors finished the race within one second. Olympian Mark De Jonge (Maskwa, N.-S.) stole the show by having the fastest time of the day and finishing first with a time of 34.307 seconds. Close behind De Jonge was Alexander Scott in a time of 34.907 (Maskwa, N.-S.), followed by Ryan Cochrane (Lac-Beauport, QC) who came third with an extremely close time of 34.914 seconds.

“I feel relieved and happy,” said De Jonge right after finishing his race. “I took a year off last year and just came back to the sport full-time, so I am really happy to see that I still have my speed and that there is a lot of stiff competition within Canada.”

“I’m very proud of my athletes this early in the season,” said Frédéric Jobin, national coach of the men’s kayak team. “The depth of the group is impressive, in the 200 meters we have 6 guys finishing within one second, and the 500 and 1000 meter-races are almost as close. It’s very promising for our crew boat programs like the K-2 and K-4.”

Monday, Canoe Kayak Canada will be announcing the selected teams that will be representing Canada at the 2018 ICF World Cups, as well as the selected athlete who have already secured a sport on the 2018 World Championships team.