View All News
Canadian Sport Institute Pacific – CSI Pacific-supported nationwide program helps athletes with life outside of sport, throughout their careers and beyond

VANCOUVER – As the leaves fall and the autumn rain becomes more persistent, the past summer can start to feel like a long time ago for many of us. This is doubly so for the Olympians and Paralympians who competed in Rio 2016. 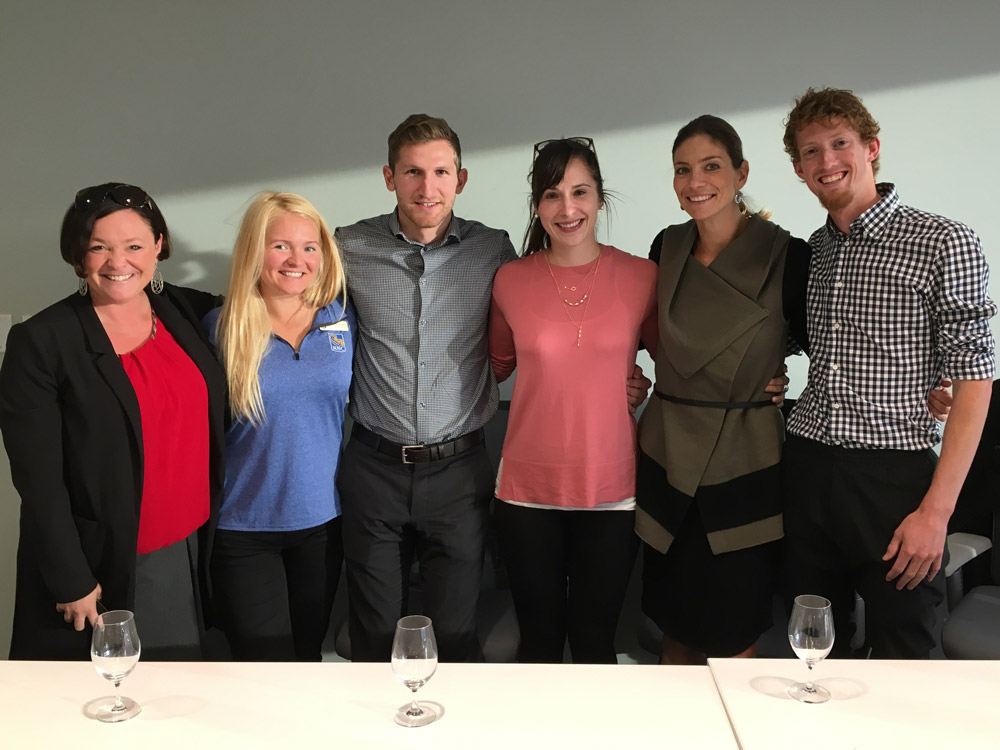 
These athletes need to return to everyday concerns of school or jobs or how to tackle the “real life” tasks we all face, all while potentially still finding the time to train at an elite level.  After the emphatic highs and lows that come hand-in-hand with a major games, this can be a significant challenge for many athletes. That is where Game Plan comes in.

“Game Plan is essentially a program that supports national team athletes with their lives outside of sport during and beyond their athletic career. This can entail assisting with their education, work, sponsorships, mental health, and much more,” says Natalie O’Leary, Game Plan Advisor at the Canadian Sport Institute Pacific (CSI Pacific), where she works with athletes throughout B.C. “The greatest benefit is that when an athlete acknowledges that piece of their life and its needs, it can actually have an positive effect on their performance. For example, it can help reduce distractions and burnout and increase the length of their athletic career.”

Mark Pearson is a two-time Olympian with the men’s national field hockey team and is one of Game Plan’s staunchest advocates. “Game Plan has been a huge resource for me,” says Pearson. “I’m someone that’s lived out of a suitcase for the last two and a half years.  I’ve had school overseas, I’ve been playing professionally in India and Belgium, I’ve been trying to compete with the national team as much as I possibly can, as well as trying to find a way to navigate a post-hockey career. For me [Game Plan] is really helpful in navigating my career and making decisions.”

Four-time Olympic sailor Nikola Girke concedes that her career as an Olympian may be in its late stages, and is aware of the specific challenges that brings.  She is particularly thankful to Game Plan for the opportunity to bounce ideas off advisors and other athletes, too.

“There is a transition between full-time sport and moving into the ‘real world’ and that is change and it’s scary,” she admits. “Nobody experiences what we experience, the ups and the downs.  Being able to relate and see how other people process things and how they’re moving forward is really helpful.”

Race walker Evan Dunfee, 26, sees how Game Plan can be of huge benefit at the early stages of one’s career, as well.  Dunfee, who placed a Canadian Record 4th in the 50km Race Walk at the Rio Olympics, gained unexpected publicity after a late-stage collision with a competitor – and subsequent graceful acceptance of the race result.  This increased attention brought the need for a program like Game Plan to the fore for him.

“I always thought ‘That’s future Evan’s problem’. Future Evan caught up with me a little quicker than I thought,” he notes with a laugh.  “Having these tools available to me to figure out how to navigate my life [within sport], moving forward Game Plan is going to be an excellent resource… to weed through the bad ideas and help the good ideas succeed.”

Three-time Olympic Snowboarder and RBC Olympian Mercedes Nicoll sees how Game Plan helps athletes both in the work world and educationally.  Game Plan can show athletes how part-time studies may work within their busy training schedule, an option Nicoll wasn’t aware of at the outset of her career but now champions strongly.  She also knows the importance of having a program like this be a sounding board for athletes unsure of how to take on the professional world.

“With Natalie’s help I have used the financial advisor and gone through the Career Exploration with [her],” states Nicoll. “[It] got me thinking about all the things we do in sport that we don’t know that coincide with working in the corporate world and that we’re all able to do. Being an athlete and having run your own business for half your life, we are equipped at doing that.”

Pearson, who has seen 14 teammates from the Beijing Olympics retire – occasionally with significant bumps in the road – sees the value in Game Plan both during his career and beyond.

“I still love my sport, I still love competing for Canada.  I’ve just taken on a new challenge in a four-month internship, but I don’t feel done with my sport yet, so I know there are going to be tough decisions coming. I know I’ll need guidance and I’ll need help and assistance in trying to make the correct decisions.  That’s what Game Plan’s always there for.”

Game Plan is a holistic approach to athlete development and total wellness throughout an athlete’s high-performance sport career, and beyond. It is a world-class program to develop mentally stronger athletes who apply what they have learned as leaders in sport to the betterment of themselves and their communities.

Game Plan is a source of competitive advantage for Canada and for Canadian athletes that will position Canada as a global leader in the sport community.

Working with national sport organizations and fueled by our national and provincial partners such as Sport Canada, viaSport, Own the Podium, Canadian Olympic Committee, Canadian Paralympic Committee and the Coaches Association of Canada, we are driven by our mantra to Collaborate. Serve. Innovate.

Our team of sport science, sport medicine, coaching & life services experts provide leading-edge programs and services to athletes and coaches to ensure they have every advantage to win medals for Canada. For more information, please contact: