Canada off to strong start with 4:2 win in CONCACAF Gold Cup opener

Canada Soccer – Canada scored four goals to kick off the 2017 CONCACAF Gup in a big 4:2 victory over French Guiana. Man of the match Alphonso Davies scored a pair including the winner as Canada Soccer opened the confederation championship with a win at Red Bull Arena.

Three Canadians scored their first international goals, with Dejan Jakovic and Scott Arfield scoring in the first half before Davies scored his first to make it 3-0 at the hour mark making him the youngest goal scorer in Men’s National Team history. After French Guiana fought back with a pair of quick goals by Roy Contout and Sloan Privat, Davies put the game away with the decisive 4-2 goal in the 85th minute.

“I am filled with pride for the guys,” said Octavio Zambrano, Canada Soccer’s Men’s National Team Head Coach. “We wanted to drive an up-tempo game (and) I saw glimpses of what I want from this team.”

Canada will next face Costa Rica on 11 July in Houston with an 18.30 local kick off (19.30 ET / 16.30 PT). All of Canada Soccer’s matches at the 2017 CONCACAF Gold Cup are broadcast live on TSN and RDS, with additional #GoldCup2017 coverage available across all of Canada Soccer’s digital channels including Twitter, Instagram, Snapchat, Youtube, and Facebook.

GOALS
In the 27th minute Michael Petrasso won a free kick just outside the box on the right flank. Arfield swung a free kick in that Leon guessed wrong on and didn’t get enough on it punching it right into the path of Dejan Jakovic who put it into the open net off his rib cage.

With seconds left in stoppage time, Scott Arfield attempted a through ball to Cavallini only to have Fabien deflect it right back to him. Arfield collected and fired a low shot, Leon gets a hand on it but couldn’t keep it out.

In the 60th minute on the counter attack, Cavallini sent a brilliant through ball onto Davies. Davies outpaced Fabien to the ball and with the clear breakaway and Leon charging, Davies tucked it home between the legs of Leon.

French Guiana got their second only a minute later. Crépeau saved a diving header from Arnold Abelenti, only to have Abelenti collect the rebound on the touchline and put it back in front of goal through the legs of Crépeau and onto the foot of Sloan Privat who redirected it into the open net.

The fourth goal was a real team effort and the best of the night. In the 85th minute on the counter attack, Scott Arfield got things started with a headed clearance off a Soubervie free kick just past the halfway circle. Hoillet collected and with three nifty touches got the ball to Russell Teibert.  Teibert took a few touches before sending the ball into French Guinea’s half for Anthony Jackson-Hamel who cut inside his defender Fabien and found a wide open Davies who left footed it low past Leon for his second of the match.

CONCACAF GOLD CUP
Taking place every two years, the CONCACAF Gold Cup is the official national team championship of North America, Central America and the Caribbean. Drawing large crowds and millions of television viewers from across the region, the Gold Cup is a celebration of soccer, sportsmanship, and culture.

CANADA IN TORONTO ON 2 SEPTEMBER
Following the 2017 CONCACAF Gold Cup, Canada Soccer’s Men’s National Team will return to Toronto to face CONCACAF rivals Jamaica on Saturday 2 September. Tickets to the Men’s International Friendly match start as low as $20 (plus applicable fees) and can be purchased online via Ticketmaster.ca, by phone at 1.855.985.5000, or in person at the BMO Field Box Office. As the match takes place during the Canadian National Exhibition (CNE), all match tickets include free admission to the CNE grounds on match day. The 2 September match kicks off at 19.00 ET with complete ticket details at canadasoccer.com/tickets. 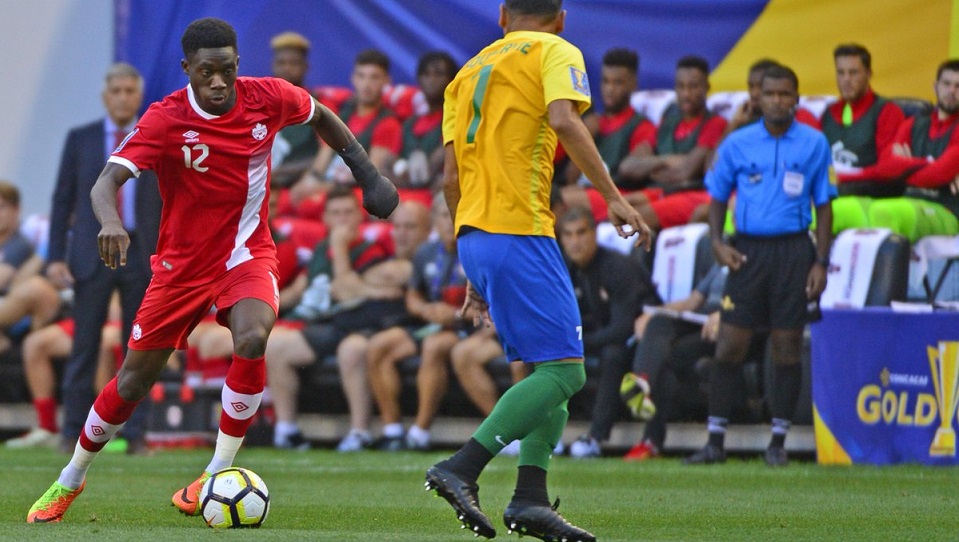