Cycling Canada – Milton, December 4, 2017 – Team Canada capped off a successful weekend of racing at their home Track World Cup on Sunday in Milton, Ontario, with a fourth medal performance.  The men’s Team Pursuit squad fought back from a crash to capture the silver medal.

Round 3 of the TISSOT UCI Track Cycling World Cup was the first ever World Cup at the Mattamy National Cycling Centre in Milton, and the first in Canada since 1998. Canada went into the final day of competition with three medals already – a gold and two silvers.

The Team Pursuit squad of Michael Foley, Derek Gee, Adam Jamieson and Jay Lamoureux set a new Canadian record of 3:58.359 earlier in the day to qualify for the gold medal race, and were leading New Zealand by a second going into the final 1000 metres, when the second and third riders touched wheels, with Foley going down.  The remaining three riders were able to regroup and finish with a remarkably strong time of 3:59.982; less than a second behind New Zealand. 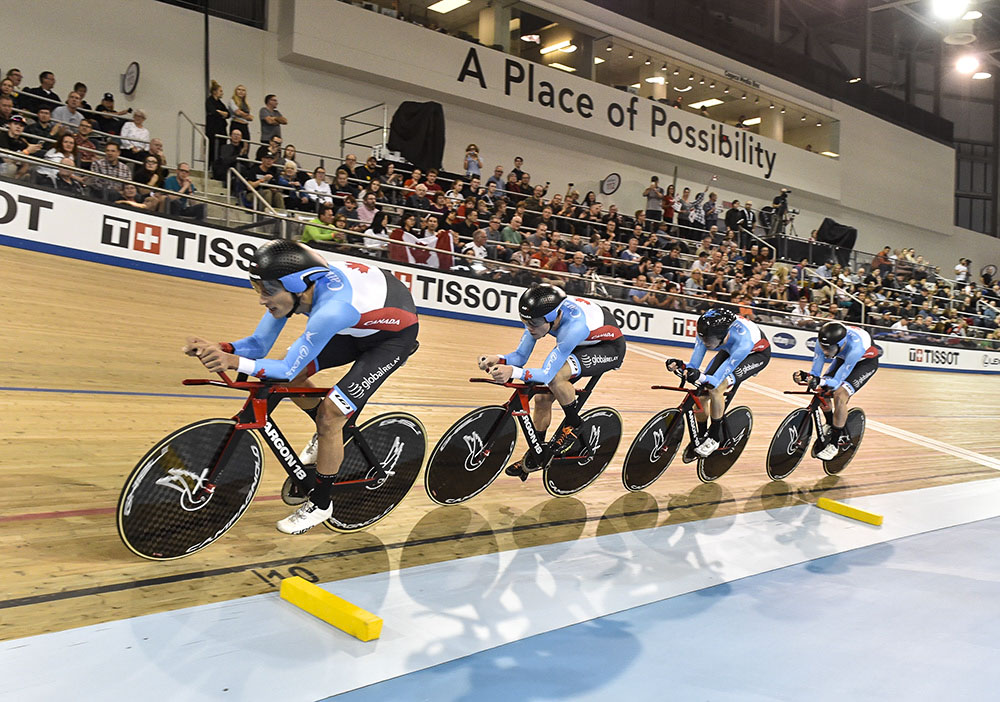 “We had an unfortunate mishap,” said Lamoureux.  “Our second rider [Jamieson] clipped a bumper and it shot his wheel up track, and then the third rider [Foley] clipped his wheel, and took a spill.  Somehow we managed to get it back together and come out with a 3:59. The energy here is absolutely electric, and it fuels the riders in a way we don’t see overseas. As we were riding around the track we could feel a wave of sound; it was absolutely spectacular.”

Hugo Barrette came close to adding a fifth medal for Canada in the men’s sprint, losing the bronze medal final to Great Britain’s Jack Carlin.  The women’s Madison team of Steph Roorda and Jasmin Duehring also finished just off the podium in fourth. 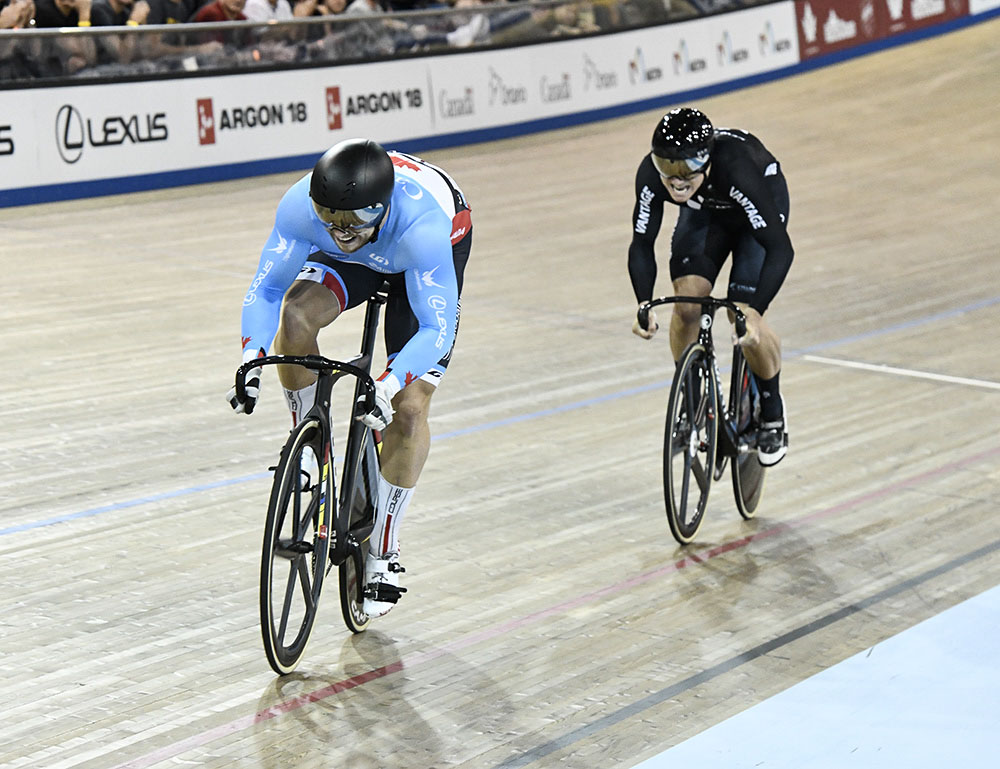 In other competitions, Amelia Walsh, racing in her first Keirin at the World Cup level finished tenth overall, as did Aidan Caves in the four event men’s Omnium.

“Looking back at this past weekend, it was great that we were able to put on a great show for our home crowd!” said Jacques Landry, Chief Technical Officer for Cycling Canada.  “Even though our performance peaks are planned for the World Championships in a couple of months, we managed to get some great podium performances; in part due to the support of the cheering fans. Of special mention, is the silver medal winning performance of our men’s team pursuit squad, and the debut in the lineup of young local Milton talent Michael Foley, who despite a crash in the final for gold, certainly lifted the team by his presence in the squad. I feel the results here will help re-energize our program as we set our sights on the world championships in Apeldoorn [Netherlands], at the end of February.”