Cycling Canada  – Ottawa, September 6, 2017 – Cycling Canada is pleased to announce the team of athletes that will represent Canada at the 2017 UCI Road Cycling World Championships, to be held in Bergen, Norway, on September 16-24.  The Road World Championships are the culmination of the road season, with title winners awarded the Rainbow Jersey, which they will wear at competitions around the world for the following 12 months.

Team selections have been confirmed for Junior men and women, Under-23 men and Elite women, in both the Individual Time Trial and Road Race events.  The Elite men selection will be confirmed following the WorldTour races to take place in Quebec City and Montreal on September 8-10.

“The 2017 Road Worlds mark a special time for Cycling Canada,” commented Jacques Landry, Chief Technical Officer and Head Coach at Cycling Canada.  “It highlights the culmination of the first year that Cycling Canada has truly invested in our road athletes through the Maple Leaf Project.  Under the leadership of road manager Kevin Field, a team has been selected from among our best road athletes, as well as some track endurance riders.  They are equipped to battle both the gruelling time trial and road courses designed by the Bergen organizing committee, in addition to the challenging weather condition that only this part of the world can offer.”

The Under-23 men’s squad of five riders includes recent Canada Summer Games champion Pier-Andre Cote of St-Henri de Levis, QC, as well as Alec Cowan of Calgary, Alberta, who was 12th in the time trial at last year’s world championships.  All five are scheduled to start the road race, with Cowan and Jack Burke of Squamish, BC, entered in the time trial also. 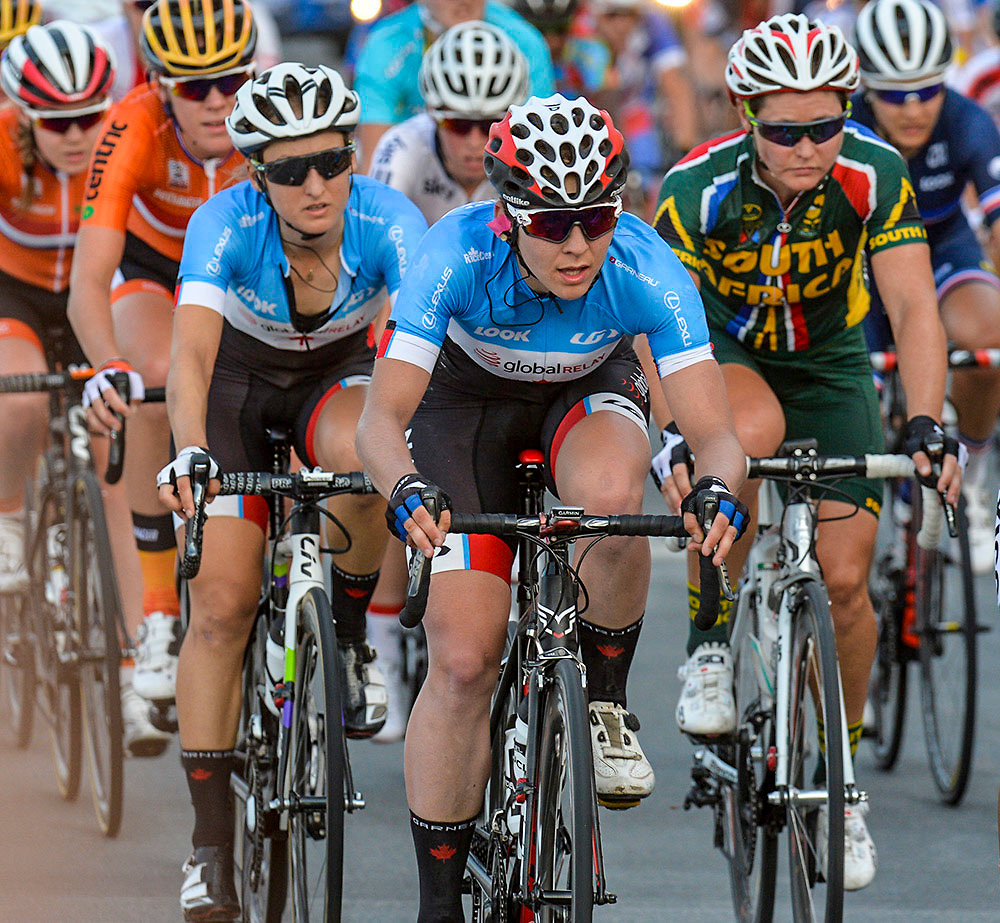 Six riders will represent Canada in the Elite women, including Rio Olympians Karol-Ann Canuel (Gatineau, Quebec), Leah Kirchmann (Winnipeg, Manitoba) and Kirsti Lay (Montreal, Quebec).  Lay, who won a bronze medal on the track in Rio as a member of Canada’s Team Pursuit squad, has put more emphasis on road racing this season, with multiple podium appearances to her credit.  All six riders will compete in the road race, with Canuel and Kirchmann also racing the time trial.

“It’s always a thrill to bring our team to the World Championships,” said Kevin Field, Road Manager at Cycling Canada.  “We’re seeing really interesting progressions in our performances at Road Worlds and I’m excited for our outcomes in Norway.  I’m especially thrilled with the work happening across the cycling community in Canada at the regional, provincial and national level, through the work we’re doing with the Maple Leaf Project. We’re building fantastic relationships with new funders like Bob and Kim Disbrow, and Bernard Leroux, and we are working really closely with our provinces and trade teams to create more holistic and aligned athlete development.”

“We’re seeing our system-work pay off, notably in our U23 category, where we’ve established consistency with our ability to qualify for the world championships, and are developing athletes sooner. This year it was a particular pleasure for me to reconnect with our Junior categories while working closely with our provinces.”