Gautier continued her unbroken string of world championship wins, dating back to 2010, with Friday’s victory her 13th gold medal. Gautier’s time for the 13.6 kilometre race was 31 minutes and 9.85 seconds, almost two minutes ahead of Yulia Sibagatova of Russia, with Olga Tsybulskaia of Russia taking the bronze medal. 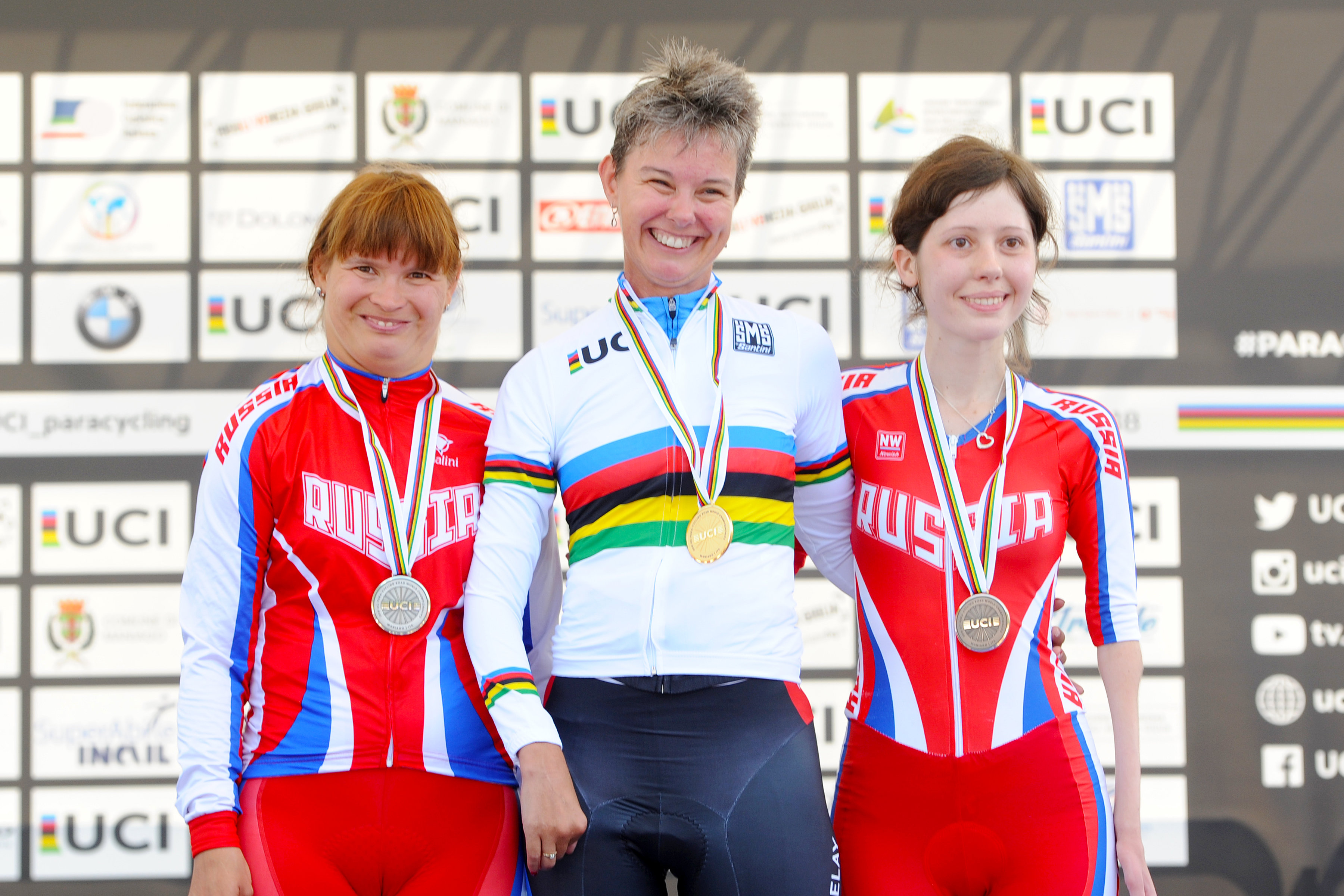 “I took guidance from my coaches and my training partner and it all went as planned,” said Gautier. “It was a fun race when everything came together perfectly. I’d like to thank all of the Cycling Canada staff who helped Team Shelly win a seventh TT world championships!”

Michael Sametz, who has been unbeatable this season in World Cup competition, took the second title of his career. Sametz won the 27.2 kilometre C3 race with a time of 35 minutes and 20.29 seconds. Matthias Schindler of Germany was second at 1:26.37 and Benjamin Watson of Great Britain third at 1:30.43.

“I felt ok coming in to the Worlds,” said Sametz. “During the TT I realized how good I was feeling and went from there. It was a good fast course – it had everything. And it was great to have the locals coming out and cheering us on.” 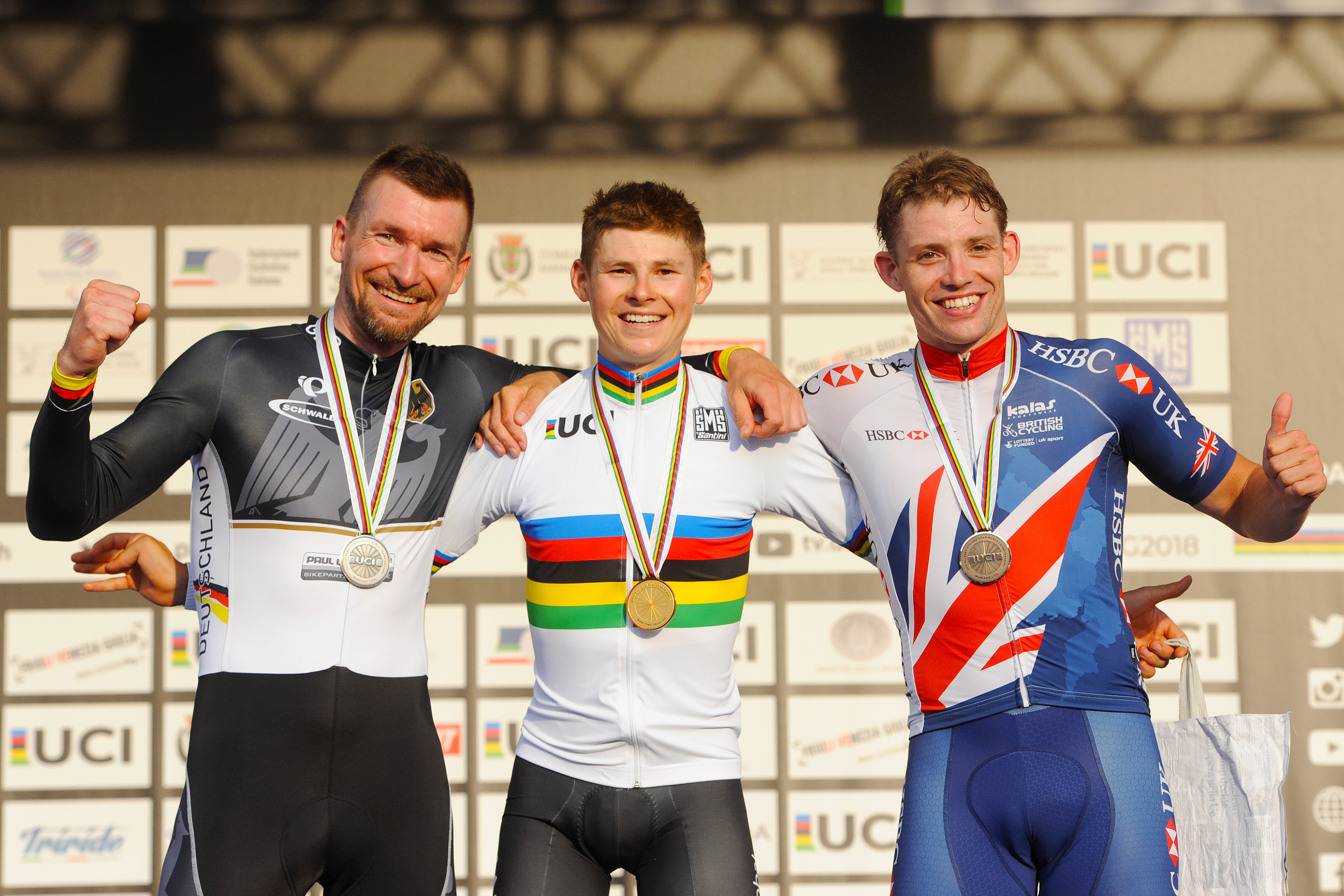 Tristen Chernove, the defending world champion in his C2 category, finished 5.57 seconds behind Arslan Gilmutdinov of Russia, with Alejandro Perea Arango of Colombia taking the bronze medal. Ross Wilson repeated as silver medalist in his 13.6 kilometre C1 race, only 2.12 seconds behind repeating champion Michael Teuber of Germany, with Ricardo Ten Argiles of Spain in third.

“Silver is obviously a bittersweet pill to swallow,” admitted Wilson. “But the objective is Tokyo not Maniago, and I continue to progress towards my goals. Kudos to our whole support team – we’re building towards excellence at the Paralympics.”

Cycling Canada is the governing body for competitive cycling in Canada. Founded in 1882, Cycling Canada aims to create and sustain an effective system that develops talented Canadian cyclists to achieve Olympic, Paralympic, and World Championship medal performances. With the vision of being a leading competitive cycling nation by 2020 celebrating enhanced international success, increased national participation and world class event hosting, Cycling Canada manages the High Performance team, hosts national and international events and administers programs to promote and grow cycling across the country. Cycling Canada programs are made possible through the support of its valued corporate partners – Global Relay, Lexus Canada, Mattamy Homes, Louis Garneau, lululemon, 4iiii, Argon18 and Bear Mountain Resort – along with the Government of Canada, Own The Podium, the Canadian Olympic Committee and the Canadian Paralympic Committee.