Cycling Canada – London, England (December 17, 2018) – Canada finished the fourth round of the Tissot UCI Track World Cup on Sunday in London, England, with a bronze medal in the Women’s Omnium and two additional top-10 results.

Allison Beveridge won her second bronze medal in four World Cups on Saturday with a strong and consistent ride over the four events that make up the Omnium. The Calgary rider was fifth in the Scratch Race, fourth in the Tempo and seventh in the Elimination, to go into the final Points Race fourth overall.  After gaining ten points, Beveridge moved up to third in the final standings, her first individual World Cup medal of the season after being part of the bronze medal winning Team Pursuit squad in a previous round. World champion Kirsten Wild of the Netherlands won with 124 points, 18 ahead of Beveridge. 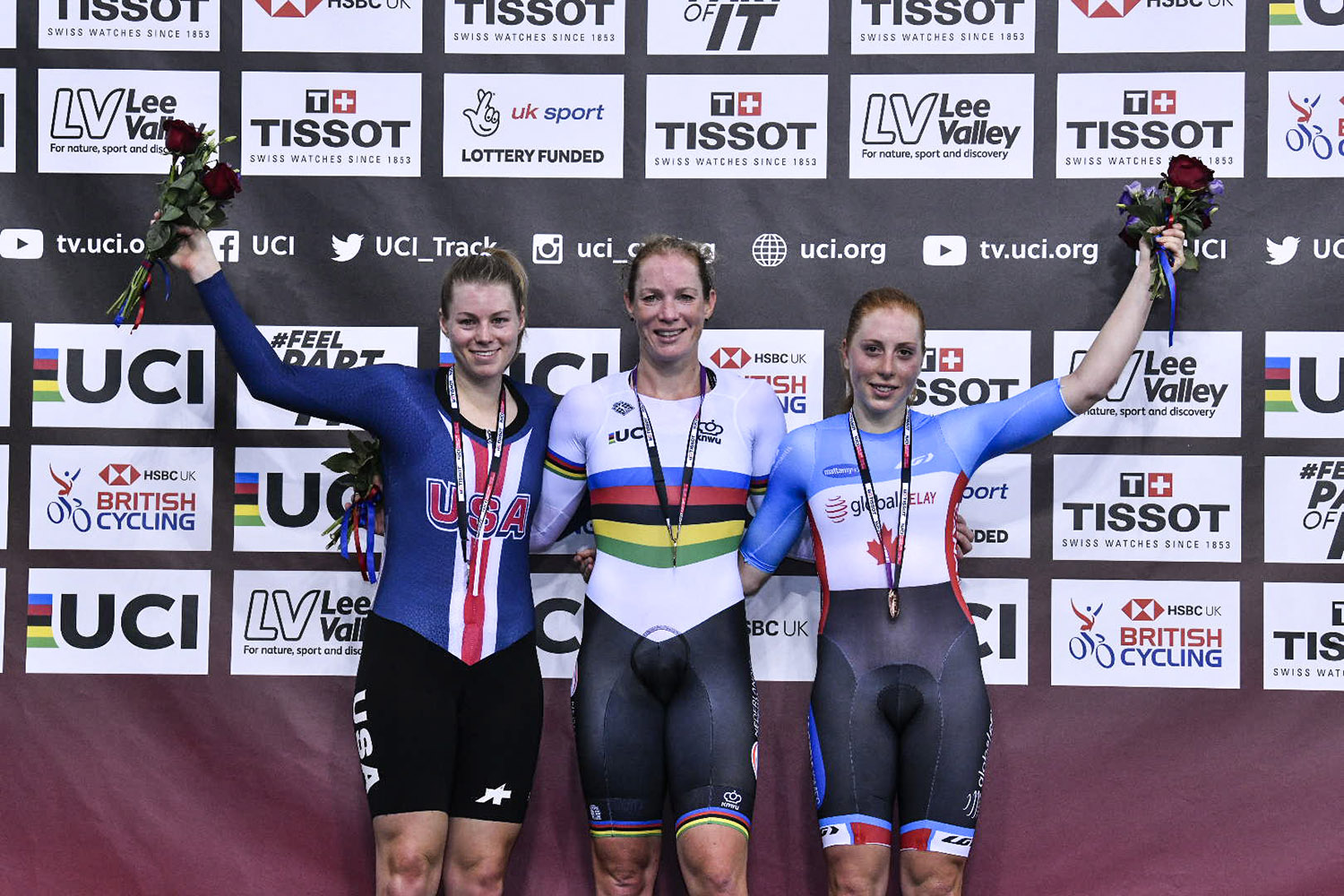 “This result puts us in a really solid position for Olympic qualifying,” said Beveridge. “It’s been a while since I’ve been on a World Cup podium – Wild and [American Jennifer] Valente were on another level, but this was a pretty deep field so I’m really happy.”

On the final day of competition, Canada took two more top-10 results, with Aidan Caves finishing eighth in the Men’s Omnium, and Beveridge joining Steph Roorda for tenth in the Women’s Madison. 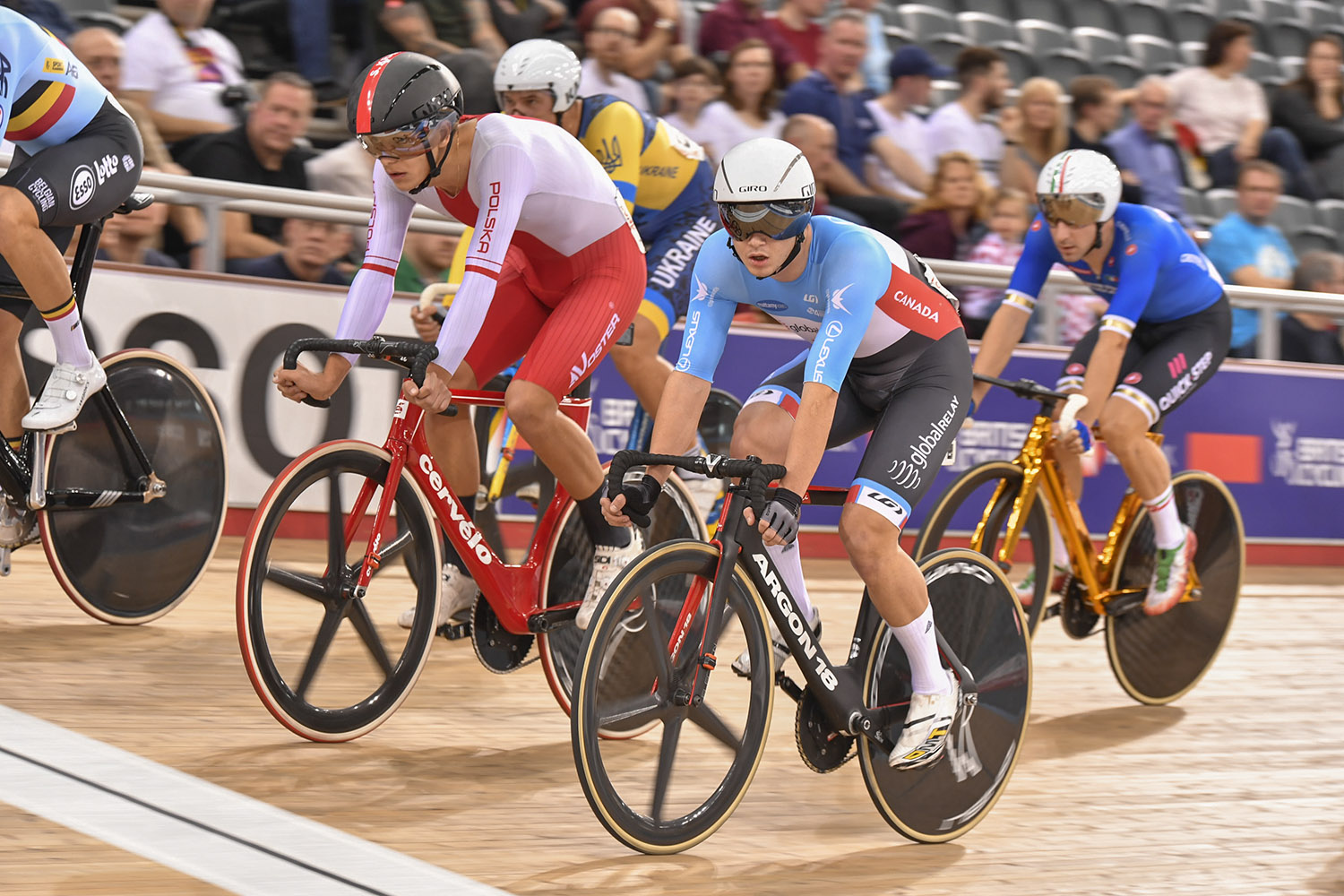 “Going into the Points Race I was trying to keep in the top ten,” explained Caves. “I had a good buffer on the next guy, so the tactic was to ride defensively and only do the work I needed to do. In the last 20 laps I opened it up and went for the last 10-point sprint. I’m super happy with the result, [and] now I’m looking forward to my next World Cup Omnium in Hong Kong.”

Kris Westwood, Head of Performance Operations at Cycling Canada, said “We had some mixed results here in London, which just shows how competitive things are getting now that Olympic qualification is underway; you will pay for any mistakes you make. We made some big steps forward in the women’s and men’s Omnium – Allison’s podium was awesome, and Aidan’s ride was one of the highlights of the weekend.”