The 18-year-old Beckstead found himself in the finals against Fonthill’s Freddy D’Angelo. The match went back and forth on the front nine as each player held the lead at one point. With D’Angelo 1up after the eighth, Beckstead birdied the ninth to square the match at the turn.

Beckstead was dialed in on the back nine. He went 1up on the 10th and then extended the lead on the 12th. He hit back-to-back putts on the 13th and 14th for wins and was four-up with four to play. The two would halve the 15th hole resulting in the 4&3 win for Beckstead.

Afterwards, Beckstead spoke about winning the title on his home course. “This is awesome! I have so much support from my family, friends, the guys who work here, even the junior camps! Everyone is cheering for me, so it was a lot of fun.”

Match play championships are some of the hardest to win and this one was no different for Beckstead. He began with a 5&4 win over Woodstock’s Davey Morton, followed by a 2&1 win over Brantford’s Michael Rizzo. In the third round he defeated Long Sault’s Ty Celone 2up, before a 20-hole win in the quarter finals against Etobicoke’s Justin Allen.  In the semis, he edged out Peterborough’s Tyler White 2&1 to book his spot in the finals.

“It is a lot, you have back-to-back days with 36 holes and I didn’t finish my matches easily,” added Beckstead. “My first match yesterday went 20 holes and my second went right to the 17th so it was a long day but I thought I played really well in the quarters.”

As for D’Angelo, 16-years-old and from Lookout Point Country Club, his road to the finals began with a 1up win over Burlington’s Justin Grant. In the second round he knocked out Georgetown’s Thomas Giroux 2up, followed by an 8&6 win over Penetanguishene’s Adam Jordan in the third round. He defeated Cobourg’s Nicholas Oosterhof 2&1 in the quarters, before beating Sudbury’s Tristan Renaud, the Ontario Junior Boys’ Champion, 4&2 in the semis.

Golf Ontario would like to thank Tangle Creek Golf & Country Club along with their staff and volunteers for hosting the event. Thanks also to the Golf Ontario volunteers for their continued efforts in making provincial events successful. 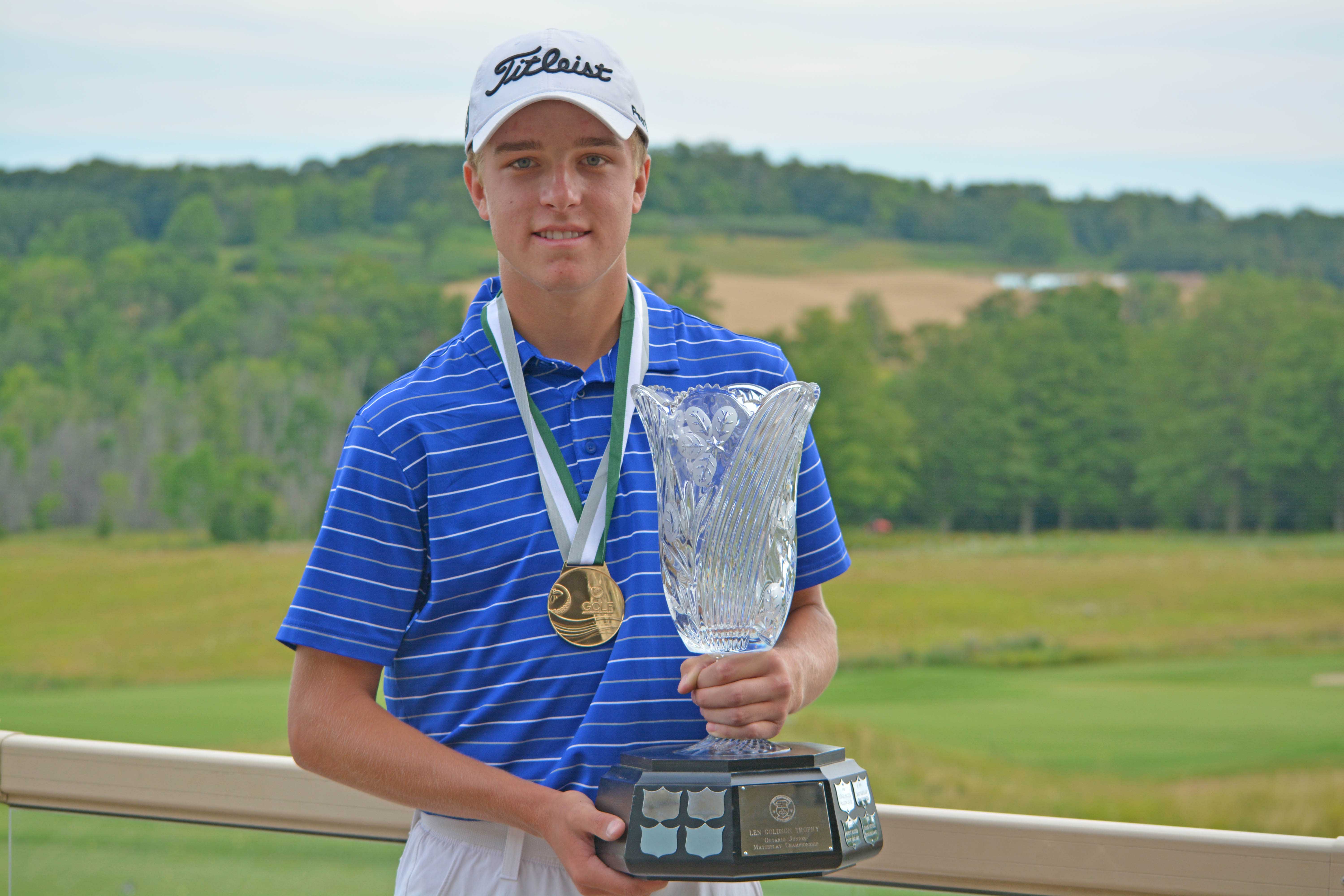 For full tournament information, including round-by-round results, see the tournament site at: https://gao.bluegolf.com/bluegolf/gao17/event/gao1723/index.htm

The Junior Boys’ Match Play Championship has been contested since 1998. Male golfers under 19 years of age before August 1 are eligible to compete. The field is determined by results from four qualifiers. Notable past champions include Matt McQuillan, Justin Shin, Stephane Dubois, and Jon Boncoddo.