BC Rugby – Vancouver, BC  – February 15, 2016: BC Rugby is pleased to announce the rosters of the BC Rugby Elite Youth 7s Teams that will be participating in the Las Vegas Invitational Tournament on March 3rd– 5th, 2016.

Leading the way will be the BC Rugby Elite Youth 7s U18 Team, who will be defending the High School Elite Boys Division Title earned in 2015. They begin this year’s tournament in Pool D where they will face the Eagle Impact Rugby Academy, Utah Cannibals and Tribe Rugby. Elias Ergas will be the sole returnee from the 2015 Team that defeated the High School All-Americans in front of over 20,000 fans at Sam Boyd Stadium, but he will be joined by several graduates of last year’s U17 group, including Michael Smith, John Jubenvill, Brandon Schellenberger, Wylie Gillette, Logan Martin-Feek and Brennig Prevost.

With those players moving up, it creates an opportunity for emerging talent to rise through the ranks. Eight players from last year’s BC Rugby Elite Youth 7s Boys’ U16 Boys Team, which captured gold in the U16 Division, will provide the core of this year’s U17 Team, including Corben Bowen, Connor Byron, Henry Davitt, Koro Korobosaga, William McDougall-Percillier, Jack Scher, Jake Scott and Connor Sinclair.

Rounding out the group of 36 male athletes who will be representing BC in Las Vegas are the U16 Boys. For most of them, this will be their first taste of high-performance Sevens Rugby outside the training environment, but the group does have one of player in Sam Sirlin who has previously experienced victory in the Nevada desert.

“This is a big year for the Program, featuring several significant competitions,” said BC Rugby’s Program Director, Shane Thompson. “The boys are excited to get things started in Las Vegas. We have some very good players who have been in the Program for three or four years gaining skills and experience, and it’s really paying off.”

When asked about the Program’s consistent success in recent years, in the Las Vegas Invitational Tournament and elsewhere, Thompson was quick to give credit to the athletes, in addition to the club and school coaches who have worked hard to help the players build a strong rugby foundation.

“The players have put in a lot of time and commitment with training,” said Thompson. ”We’re blessed to have so many great rugby athletes in BC and a lot of that can be attributed to the local coaches who are doing a great, year-round job to get the players prepared.”

A total of 18 BC High Schools and seven BC Rugby Clubs are represented on the BC Rugby Elite Youth 7s Team Rosters.

The BC Rugby Elite Youth 7s Boys Teams are travelling to the Las Vegas Invitational Tournament in March to defend a pair of Sevens Divisional Titles (photo: BC Rugby) 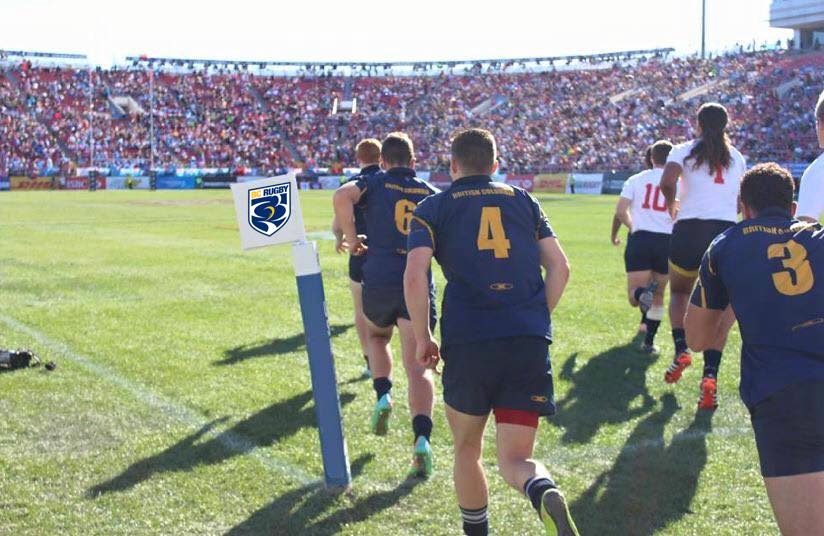