Cycling Canada – ALBSTADT, May 29, 2017 – Canadian riders had multiple top-20 performances on the second day of Round 2 of the Mountain Bike World Cup in Albstadt, Germany, with Emily Batty (Trek Factory Racing) the best in tenth place, despite a flat on the final lap. Yana Belomoina of Ukraine won the race.

In the Elite women’s race, both Rio Olympians Batty and Catharine Pendrel (Clif Pro Team) started further back on the grid than they usually do, after having problems in the first Round that lowered their ranking in the series.  However, both moved up strongly through the field, with Pendrel reaching fifth before crashing and sliding back to finish 14th.  Batty had moved up to seventh on the final lap before a flat tire dropped her down a few placings.  After two rounds, Batty is 12th in the overall standings and Pendrel 17th.

“Even though I was in the third row it worked out fine for me and I had a good start,” said Batty, “but I lost a lot of time on the first climb because it was so loose.  I got up as far as seventh on the last lap, I think, and then I rear flatted on the second last descent.  So I’m happy with tenth, it’s better than last week and I felt like I was racing more like myself.” 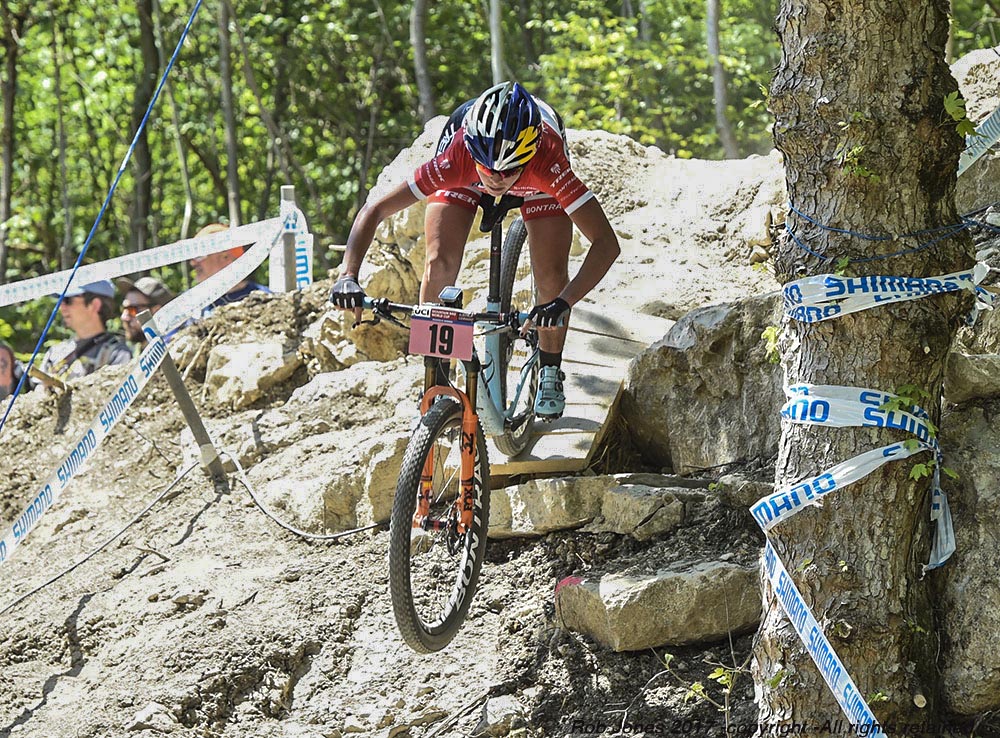 “I’m pretty proud, this is my best result ever at the World Cup,” said Bouchard.  “The course is one of the most physical we have on the World Cup, with pretty long and steep climbs.  This wasn’t the best course for me because I am so tall, but when you have the legs, you have the legs.  I started back, but I just kept looking for places to pass and slowly move up.  There was an opportunity with the heat also as people got tired, so the strategy was to just keep moving up when I could.” 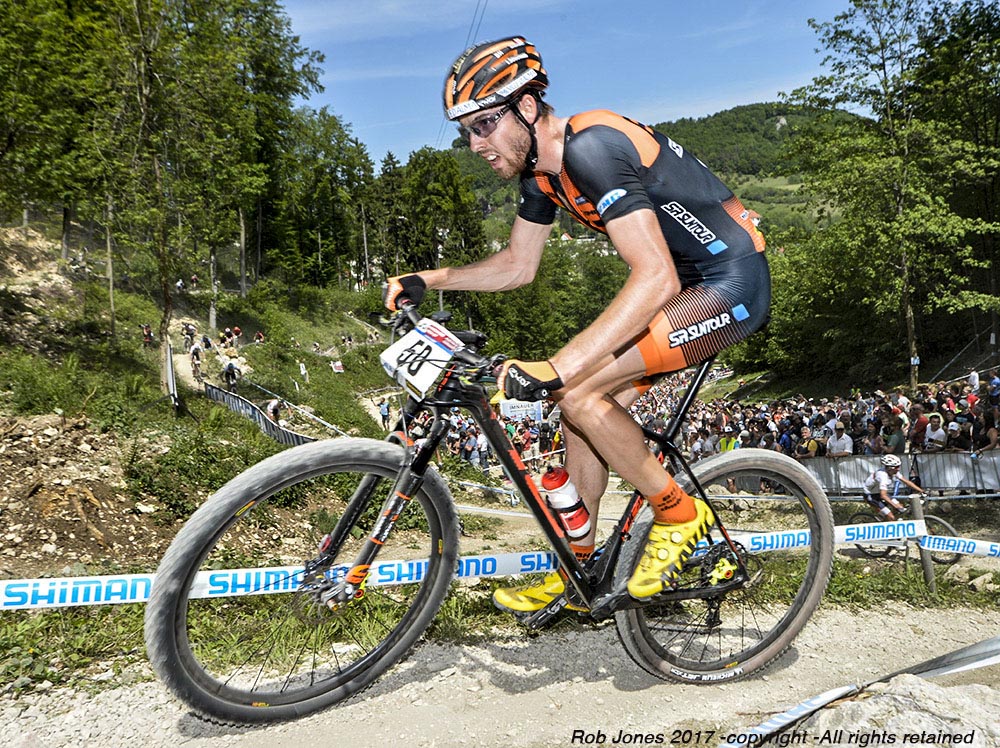 “The rides that Peter [Disera – 3rd in Under-23 Men] and Leandre did were exceptional. They’ve invested a lot of time and energy into gaining European experience since they were Juniors. They’ve climbed each and every rung of the ladder over here. You can only gain their level of experience by being here – and working your way through the ranks. We aim to give as many riders as possible this experience in the hopes of finding other riders who can rise to the challenge like they did.”

“Catharine and Emily are still very much on track with where we feel they should be in a post-Olympic year. The higher the level of performer, the more important the periodization of rest and recovery across the entire quadrennial becomes. They’re where we need them to be right now. I have total confidence in them.”