Seven divisions in the provincial championship wrapped over the weekend

Vaughan, ON – Seven teams have been crowned Ontario Cup champions, with six of those now moving on to the Toyota Nationals Championships.

The provincial soccer for life championships concluded for a number of divisions in Vaughan this past weekend with thrilling action across the board. Match video, photos, highlights and game stories from each final can be found below.

Five more champions will be crowned on Sept. 15-16 in Vaughan at the Ontario Soccer Centre.

The Ontario Cup is the largest competition of its kind in Canada. One of the oldest sporting events in the country, the Ontario Cup was first staged in 1901 and each year 12,000 athletes from all across the province compete for their division titles.

Click the links below for match video, photos and games stories from each championship.

Games from this weekend:

Founded in 1901, Ontario Soccer is the largest provincial sports organization in Canada. Its members include more than 650 Clubs servicing over 24,000 teams with 380,000 registered players, 70,000 coaches and managers, and 10,000 match officials. Ontario Soccer develops and delivers exceptional and sustainable programs and services throughout Ontario with the mission of providing leadership and support for the advancement of soccer in collaboration and cooperation with our membership, partners and other stakeholders. Ontario Soccer also operates League1 Ontario, a provincial professional-amateur men’s and women’s league as well as the Ontario Player Development League (OPDL). 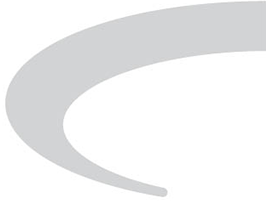