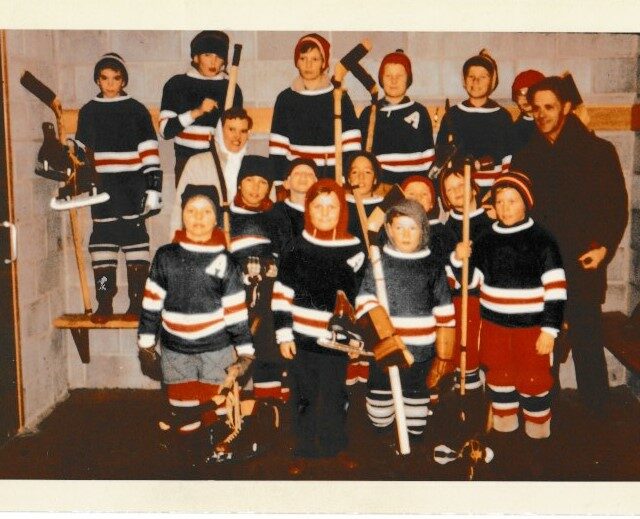 My hockey ‘life’ would begin in 1960 when I first laced up a pair of skates for an actual game with an actual team. We did not have a coach; thus, my mother stepped in and coached us. An unheard of thing to do in those days as a woman was not meant to coach a boys team let alone a hockey team. My Mother won the Saskatoon Playgrounds Coach of the Year Award in 1962, as well she was presented with a Life Membership in the Saskatoon Playgrounds Hockey League in 1966. This is how and where I fell in love with the game, since then I have been involved in hockey as a player and manager at the Minor, Recreation and Oldtimers level as well as various other capacities ever since. I fell in love with the game she surely loved as we would sit together every Saturday night and watch Hockey Night in Canada together. I am 67 years old now and my Mom is not with us anymore. She alone is the true inspiration to me as her teachings and passion for the game has led me to play the game I love, to volunteer in various roles in the game, to work part-time at the ground level in a hockey organization and help build it into the largest in the world of its kind as well as reaching the pro level as a volunteer and eventually leading to a paid position. I owe all of this to my Mom, she had nothing but the kids best interest in teaching me (and others) to enjoy what we love. Thanks Mom!